The Impact of Illinois Marijuana Legalization

Sober living is difficult enough on its own, but when communities introduce new, easily accessible temptations it becomes even more challenging for those suffering from addiction.

Illinois was the latest state to join the craze in permitting the recreational use of marijuana, when it was announced that starting in January the buying and selling of cannabis and cannabis products will be legalized. Illinois is the 11th state in the US to allow recreational use of pot, however they are the first to legalize it through state legislature, not ballot initiatives.

While it’s been a few months since the decision to legalize marijuana in Illinois, the state legislature has stayed anxious in their pursuit to monetize the booming industry. They have put immense pressure on the FDA to start regulating the manufacturing and marketing of the emerging market. Every business in the Illinois area has January 1st circled on their calendars, as they have seen what the cannabis industry has done to other US markets.

Illinois’ Who’s Who in Legal Marijuana

Cresco Labs, a medical marijuana company with multi dispensary licenses, is launching their new brand, Sunnyside, in the upcoming months. Cresco projects to transform their medical brand into a recreational, health and well-mindedness one, similar to the nationwide chain Wholefoods. The first Sunnyside opening will take place in Philadelphia in November. Illinois is one of the 7 states that plans to eventually adopt one too. Sunnyside plans to turn their 5 existing Illinois medical dispensaries into dual-use stores, and to open five new shops scattered across the state’s vibrant areas.

The growing accessibility of cannabis is something that will likely prove to be more harmful than beneficial. Marijuana has become more dangerous in recent years due to the increase in its concentration and potency. THC content in pot has increased as much as 300% since the 1960s, which has largely affected the number of people that become dependant on it and abuse it. Marijuana holds the second highest rate after cocaine for emergency room visits caused by substance abuse.

The larger issue at hand however is how this will impact those already suffering from alcohol and drug addiction. 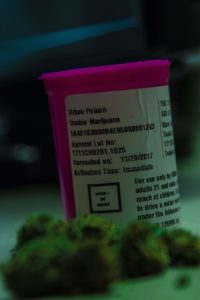 The information shared above may surprise a lot of people. Studies have shown, however, that the two are connected in more ways than not. This may lead regular users to newfound addictions and even mental disorders.

While only 1 out of every 10 marijuana users become addicted to the drug, when narrowing it down to just adolescent smokers, the number jumps to 6. Furthermore, concluded from a March study performed by the Lancet medical journal, daily marijuana use increases the likelihood to develop psychotic disorders. Additionally, heavy cannabis users are undoubtedly more prone to memory loss, and developing false memories.

Unfortunately, the road to sobriety only gets more difficult when smoking on the daily becomes a habit. When a consistent cannabis user decides to take a lengthy smoke break, ripple effects are possible. These include depression, anxiety, insomnia and even a loss of appetite.

Illinois adopting a recreational use of marijuana policy will undoubtedly increase the number of daily marijuana users. It could potentially increase the number of marijuana addicts as well. If your addictive habits become harder to break, don’t be afraid to ask for help. There is a solution for you. Stairway Sober Living is here to assist you on your road to recovery. We are eager to help you get back on track.

Are you (or a loved one) suffering from addiction? Worried about the impact that pending marijuana legalization in Illinois will have on your or another’s sobriety?