Advice for Living Sober in Chicago | Stairway to Freedom 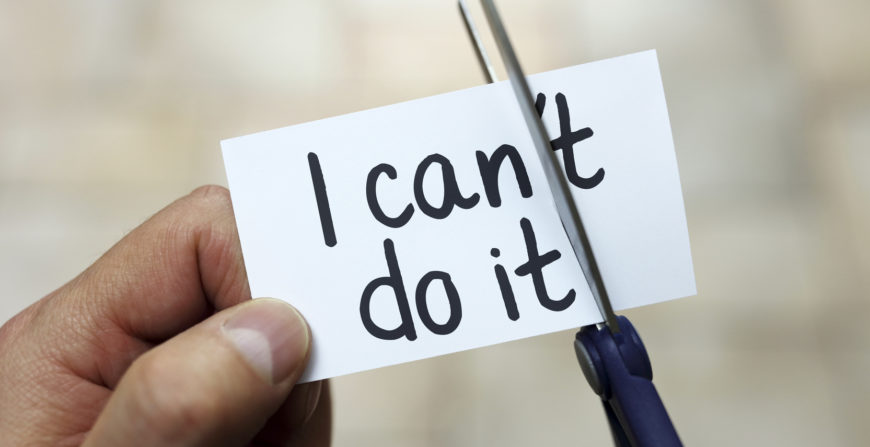 It’s no secret that recovering from addiction is a process, and some of the world’s most popular celebrities have also struggled with substance abuse. Here are a few recovery quotes to serve as motivation:

A renowned American actor and filmmaker, Bradley Cooper has been sober for more than 15 years and has helped many prominent celebrities in their sobriety journey, such as Ben Affleck and Brad Pitt.

2)  “My recovery from drug addiction is the single greatest accomplishment of my life… but it takes work — hard, painful work.”— Jamie Lee Curtis

Jamie Lee Curtis is an actress, author, and Golden Globe winner. Jamie is very open about her rehab journey, citing her 22 years of sobriety as one of her proudest achievements after battling substance and alcohol abuse for nearly a decade.

3)  “Being in recovery has given me everything of value that I have in my life.”— Rob Lowe

Rob Lowe is a prominent actor, producer, and director who made his debut at 15. In an interview with Oprah Winfrey, Lowe stated rehab was the most impactful change in his sobriety journey.

4)  “I was going to lose it all. It was like if I don’t choose this moment to do the right thing and do something that’s going to give me life, all of the things I’m scared of losing, I’m going to lose anyway.”— Keith Urban

Keith Urban is a renowned singer, platinum-selling songwriter, and record producer. In an issue of Rolling Stone, he opened up about his battle with addiction and credited his wife Nicole Kidman for saving his life. Today, Urban is sober and continuing his love and success for country music.

5)  “Life is about becoming a better version of yourself.”— Lucy Hale

Best known for a wide array of television roles, Lucy Hale is a TV personality that has highlighted her battle with alcohol. Hale has drawn inspiration from fitness to refresh her career and begin sobriety.

6)  “You had all these men sitting around being open and honest in a way I have never heard. It was this safe space where there was little judgment, and therefore little judgment of yourself…It was actually really freeing just to expose the ugly sides of yourself.”— Brad Pitt

Perhaps the most notable of all listed here, Brad Pitt has been a powerhouse in the film industry for over three decades. Pitt recognized that he was using substances as blockages for deeper issues. After a tumultuous few years, including a divorce from Angelina Jolie, Pitt spent a year and a half in recovery. The actor had high praise for the experience, stating it was “freeing” to open up about his experiences.

Ready to start your recovery?

We hope these alcohol recovery quotes serve as fuel to begin your journey toward recovery. Here at Stairway to Freedom, we understand that taking those first few steps into sobriety can be intimidating. It may feel as though there is much to overcome, but we want to help make your journey easier.

Get in touch to learn more about the services Stairway to Freedom provides for recovering addicts.

How to Stay Sober over the Holidays as a Recovering Alcoholic

If you’ve recently transitioned into a sober lifestyle, the holiday season can bring upon certain anxieties. It is normal to feel nervous or pressured when around substances, but it is important to remember to say strong and know that there are people and resources around who can help you. Below are a few different ways to help you on your road to recovery.

If you know a big holiday party is coming up, make sure to plan how you will attend. Potential options include being the sober driver, bringing a sober companion, paying close attention to relapse triggers.

Surround yourself with the right people

At any event, there will be people who bring out the best in you and people who can bring upon stress, anxieties, or other emotions that can lead to you taking a drink. Be sure to hang around the people who are aware of your recovery and those who will help you stay on track.

Be sure to keep yourself healthy during the holiday season so that you can keep any potential relapse opportunities away. Doing things like taking proper nutritional steps, exercising, and getting on a better sleeping schedule can help you in your battle against substance abuse. Other forms of self-care are meditation, self-reflection, and spending time with those you love. Doing things like this can go a long way in improving your overall health.

As you work on your new, healthier self, it can be a good idea to create new holiday traditions that involve helping others with the same issues that have haunted you in the past. New traditions can involve hosting your own sober party, hanging out with other sober friends, or volunteering at a rehab center.

While attending a holiday party is perfectly feasible, it is important to straighten your priorities and put certain things in front of others. If you’ve battled an alcohol addiction or an addiction to any other substance, you probably feel that maintaining your new lifestyle is one of the most important, if not the most important, aspect of your life. Ultimately, any party or event is optional, and if you really feel that going will bring out your old self, consider staying home. You’ll feel much better about yourself and your recovery the next day.

Get the tools you need to stay sober this holiday season

If you need a helping hand, Chicago’s sober living community, Stairway to Freedom, can provide the support you need. Contact us today to learn more about how we help recovering addicts stay clean after rehab.

Why Sober Living is the Answer to Long Term Recovery 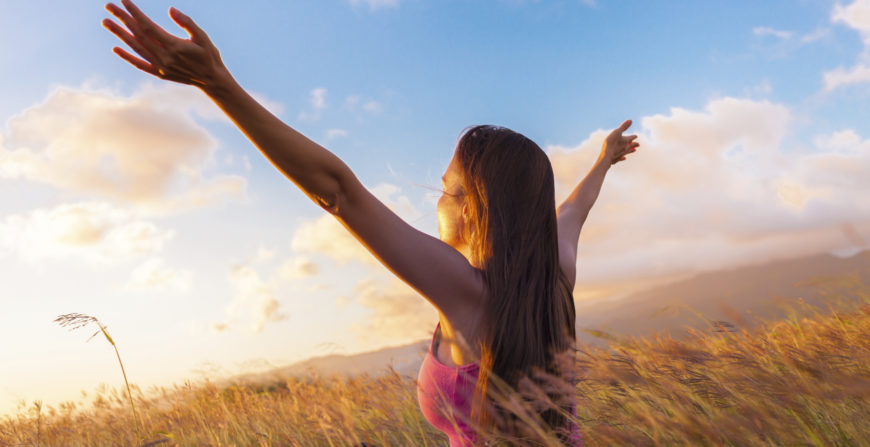 Sober living homes are a positive environment that offers peer support and can act as the “gap” between inpatient care and life at home.

With the structure that sober living communities provide in combination with their built-in support network, residents are better prepared to transition into their everyday responsibilities and have a better chance of maintaining their sobriety.

Sober living communities are great for people who have been through rehab on one or more occasions, that don’t have a support system at home, are generally resistant to treatment, or have medical or mental health issues in addition to addiction issues.

When in a sober living community, residents are encouraged or even required to attend meetings and participate in a 12-step program. Social support is the heart of sober living communities. Studies show that having a place where you can share stories or receive mentorship is incredibly influential to long term recovery.

In a recent study of individuals in long-term recovery from substance abuse, 30% of participants cited that having support from their peers was a significant experience that helped them start and maintain their recovery. It was also reported that the majority of individuals in long-term recovery commit to attending meetings and continue to be involved with a 12-step program.

Having access to 12-step programs is vital to individuals in recovery or promoting their long-term recovery because these groups engage members for a longer time than intensive treatment programs. Being part of a group with shared experiences also provides a necessary buffer to stress, helps participants with coping strategies, and connects them with role models as they continue working in their recovery.

Sober living communities themselves and their impact on residents have also been examined. The National Center for Biotechnology Information studied 300 individuals that entered 2 sober living facilities. Surpassing the national Institute on Drug Abuse recommended a stay of at least 90 days, residents also significantly reduced and/or stopped their substance use between baseline and 6 months. These same improvements were noted even after 12-18 months. Other notable successes were improvements in employment, psychiatric symptoms, and arrests.

Relapses for drug addictions are between 40-60%. However, factors that lead to relapses like isolation, failure to deal with new or increasing stresses, or complacency can be avoided by being in a supportive environment like a sober living community. As sober living communities have a zero-tolerance policy for drugs and alcohol, the longer someone remains abstinent, the better chance they have at avoiding a relapse. By staying in a sober living community, residents can develop healthier habits and gain more effective communication and coping skills that promote long term recovery.

Start Your Sober Living Journey With Stairway to Freedom

The path to sobriety is dynamic. Each individual must determine their motivators and choose the treatment and social circles to help them reach their goals. Take the next step in your recovery by consulting with a Stairway to Freedom counselor. 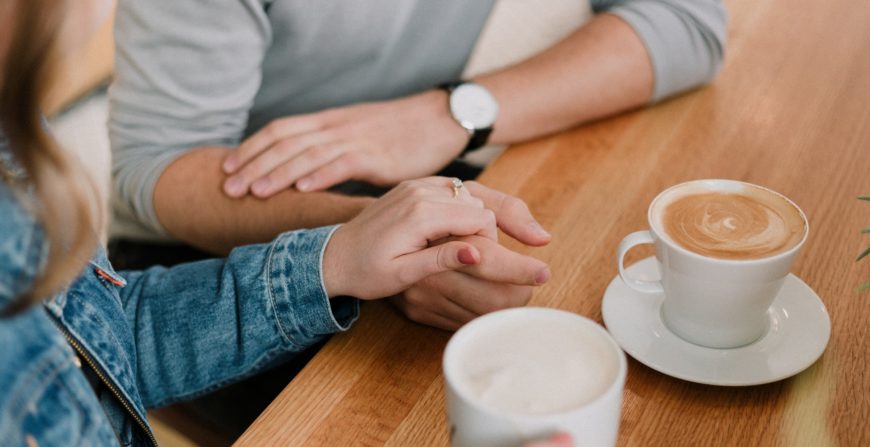 Navigating the world of dating is tough. From mixed signals to heartbreak, there’s a lot to consider before jumping into the pool of potential suitors. For those recovering from addiction, the process of dating can be even more complicated due to worries surrounding temptation and relapse.

If you’re practicing sober living and interested in dating again, don’t stress too much. Dating while staying sober is entirely possible. Just make sure to keep a few essential things in mind.

As a general rule of thumb, most experts agree that those who are in the process of recovering from addiction should wait at least a year post-recovery to begin the dating process again.

During the first year of recovery, there are a few things you can do to ensure you’re putting your sobriety first:

Before beginning the dating process, the best thing you can do for yourself is allow the proper time to heal. Really pay attention to where you are on your journey of self-acceptance and recovery. Once you feel that you’ve established your sobriety as a top priority, starting and sustaining healthy relationships becomes a lot easier.

Get Creative with Sober Dating Activities

So, you’re finally ready to date but are worried about doing so while staying sober. Take a deep breath and remember: it’s normal for there to be some anxiety.

After all, it’s not uncommon for first dates to consist of going out to a restaurant or bar for drinks. The good news is that there are plenty of ways to enjoy the rituals of dating while staying sober.

Whatever you decide to do, make sure to stay firm on your boundaries. If someone suggests an idea that makes you uncomfortable, vocalize your concerns. Remember, your sobriety should always be at the forefront of your decisions when dating.

Rely on Your Network of Support

Navigating the highs and lows of dating can be difficult even during the best of times. For those in recovery, staying connected to a support network can help with codependency or relapse worries. Speaking to a therapist, reaching out to friends, or getting a sponsor are all ways you can garner support while dating.

Always make sure to be open with your network about your concerns around dating and relationships. They can provide guidance, a fresh perspective, and—most importantly—support.

Whether you’re navigating the world of sober dating or need a helping hand, Chicago’s sober living community, Stairway to Freedom, can provide the support you need.

Contact us today to learn more about how we help recovering addicts stay clean after rehab.